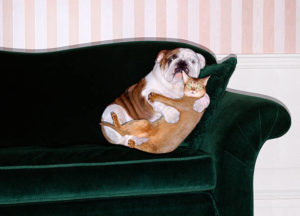 “Who you are being is not who I believe you are.”

Has anyone ever said this to you? How would you feel if they did? I went to Denver a few days ago to hear Molly Bloom speak. If the name is almost sounding familiar she recently wrote a book and a movie about her life, “Molly’s Game,” just came out. Molly has had many profound setbacks and failures in her life. How she responded when her life imploded is what makes her story so remarkable. Grit, perseverance, and persistence- she has it in spades. So, going in, we knew the talk was going to be about failure and getting back up again.

The man who introduced Molly Bloom is a successful businessman who you would never know went through some pretty epic failures himself. As he addressed the room he shared that greed got the best of him and he lost his way. He was doing many things that he was not proud of. During this time one of his dear friends sat him down and said, “Who you are being is not who I believe you are.” He said it rocked him to his core, but was a wakeup call he desperately needed.

I was very moved by that. I was moved by the fierce loving of another human being. Someone who cared and loved enough to speak the truth, even if it was hard to do. How often do we step over things that just don’t feel right? How often do we allow others to treat us in a way that really doesn’t work for us? So many times, I have stepped over it. In relationships, with friends, and witnessing someone throw trash on the ground- for example. They have been big and small, but fear got in the way. I was afraid of confrontation, afraid of looking stupid, afraid of them not liking me. But time and time again, I let things slide. And there was a cost.

The cost was my integrity, my happiness, and being the person I know myself to be. I started to feel small, insignificant, and ignored. In my closer relationships I felt bitterness and resentment. I would bite my tongue and the infraction would fester until I irrupted in anger, usually at something insignificant. I would say things in anger that I didn’t mean or would later regret. This wasn’t who I wanted to be.

I’ve started practicing speaking my truth more often. I make sure I’m calm and come from a place of loving. Rather than sharing what I feel they have done wrong, I speak to what I’m committed to. For example, the other day my boyfriend didn’t call or text all day to check in. It was 10pm and I still hadn’t heard from him. I expected him much earlier and was both worried and pissed. I felt disrespected, unimportant, and mostly unloved. “If he cared about me, he would have called,” I reasoned. I felt the anger and hurt grow.

I took a minute. In the space between what happened and responding I created a space. In this space I took some deep breaths. I asked myself what was really going on. The answer was that I felt my tank was on low. I started doubting whether he really cared about me and this self-doubt manifested in anger. Interesting. From this place I sent a text. “First, I love you. Second, I’m trying something new here. I care about you and I care about us. Being honest, my tank is on low. I miss you. I understand your schedule and the challenges you have right now. I’m not asking for a lot, but I am asking for better communication. Whether it’s a quick call, a text saying hi, or a heart emoji, I just want to know you are thing of me and care. Again, I love you.”

I shot the text off and felt my heart race. This was SO VULNERABLE!! What if he rejects me?!! That is going to hurt beyond belief. As my mind raced with vulnerability hangover thoughts, I noticed something else… I wasn’t angry or hurt. In the instant of speaking my truth and choosing love over fear; I was free. I smiled and set the phone down. I didn’t even really need a response at this point. Something profound had changed in this new action, I was being who I knew myself to be- kind, loving, vulnerable, and honest. In that moment, I came back to myself.

A few minutes later I heard him come in. He came straight upstairs and found me. He sat next to me and we had a great conversation for the next 45 minutes. This was new, and this was really cool. I was able to speak up, ask for what I wanted, and come back into my own loving. I don’t always choose loving, but I’m getting much better at noticing the choice.

On Monday, I celebrated one year of not drinking. Just over a year ago a dear friend said something powerful, honest, and life changing to me, “Molly, I’d like to suggest that maybe you give up alcohol.” I’m sure this was a tough thing for him to say to me. But, I know he knew I wasn’t being who he knew me to be. And he was right. Alcohol was not serving me, and I certainly wasn’t being myself or who I wanted to be. This powerful suggestion changed my life. This last year has been one of my greatest. I’m proud of who I am being most days, and this has shifted everything for me. I’m lucky to have such an amazing friend in my life. And it’s a great reminder for me to show up really loving those in my life¬– even when it may be awkward, uncomfortable, or scary. So, I leave you with a question, what are you not saying or stepping over in your life?